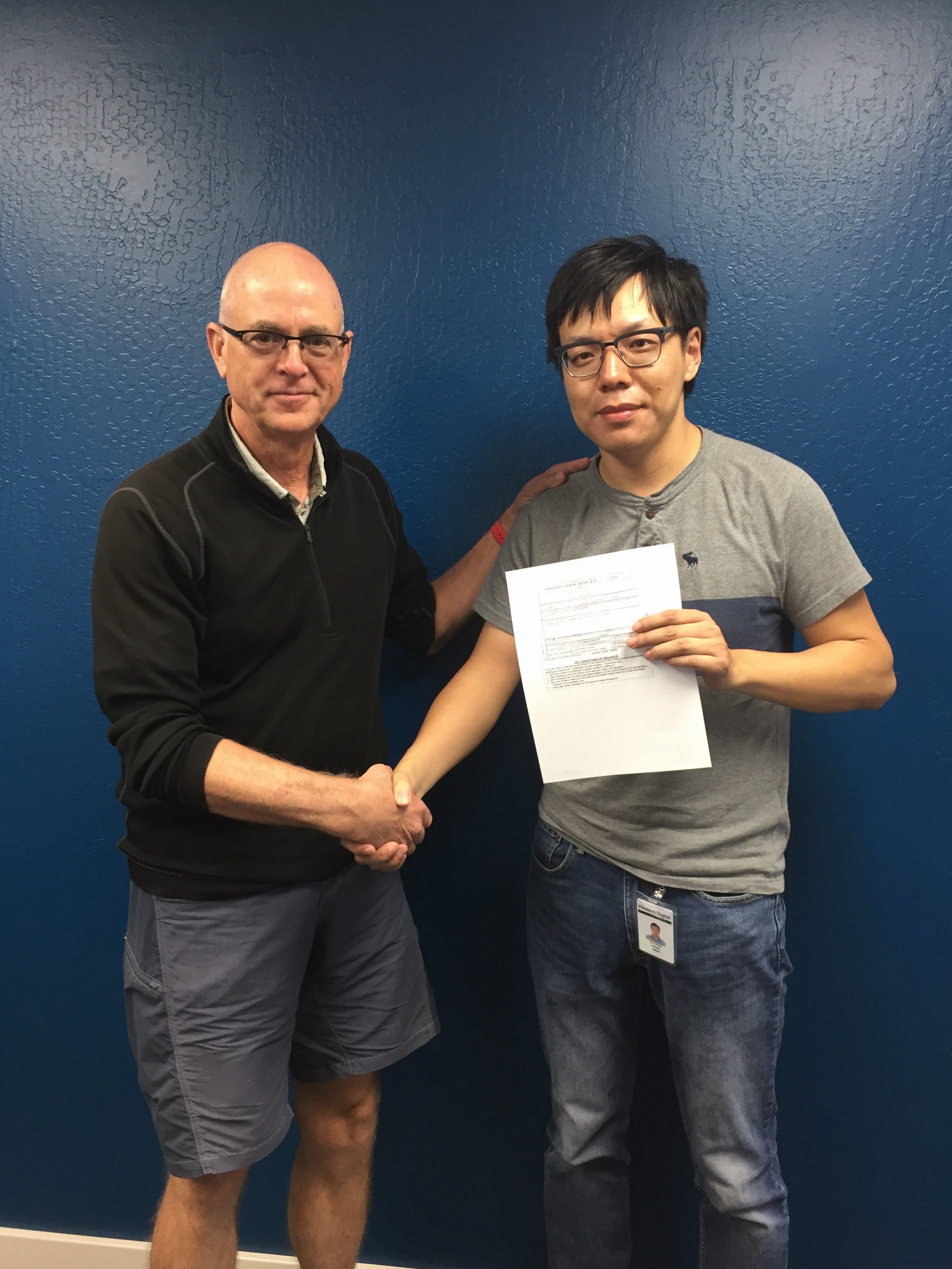 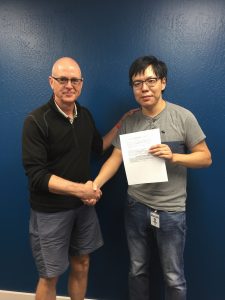 Congratulations to Xinchun “Jason” Wang on becoming a Private Pilot! He has been working hard for this achievement and now plans to enjoy the freedom of flight. Great work to both Jason and his instructor Adam on a first time pass of his checkride. 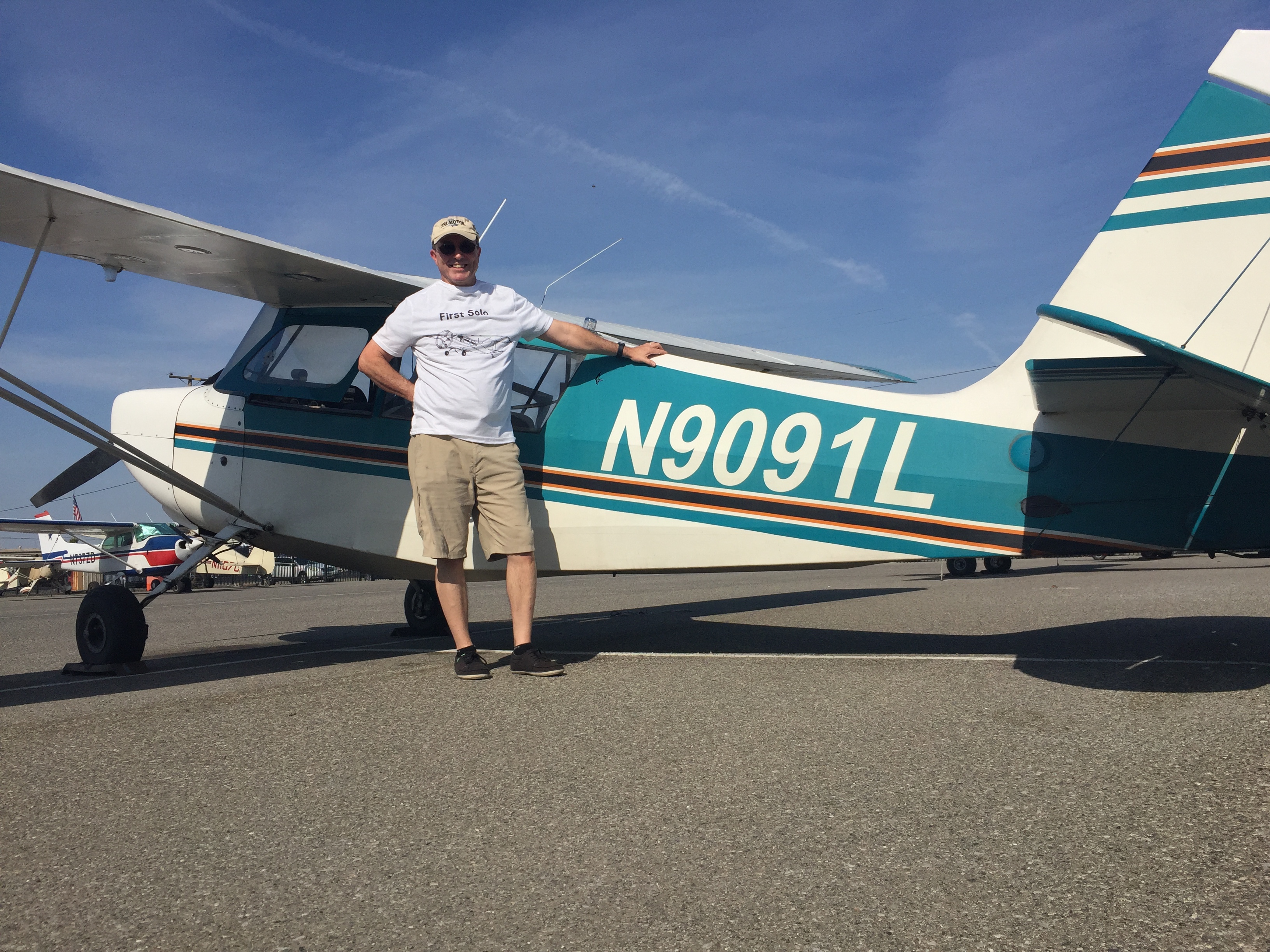 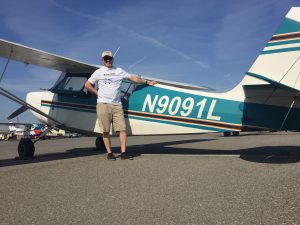 Time to cut the tails off another shirt! Congrats to Gary and instructor Batelle for soloing in a taildragger.
“Had my first solo today!  I’ve been a huge airplane nut all my life.  I designed built and flew R/C models for 30 years.  It’s been a life-long dream to learn to fly!  Many thanks to my awesome instructor Batelle!” ~ Gary

Well done on a first-time checkride pass! Alan flew one of our Cessna 172s from his usual airport at Reid-Hillview to Salinas and met with examiner Eric for his Private Pilot checkride. He passed with ‘flying colors’ (pun intended). Alan has already been busy taking friends up for some amazing views from above, and the California Bay Area is definitely the place for excellent flying and sightseeing.