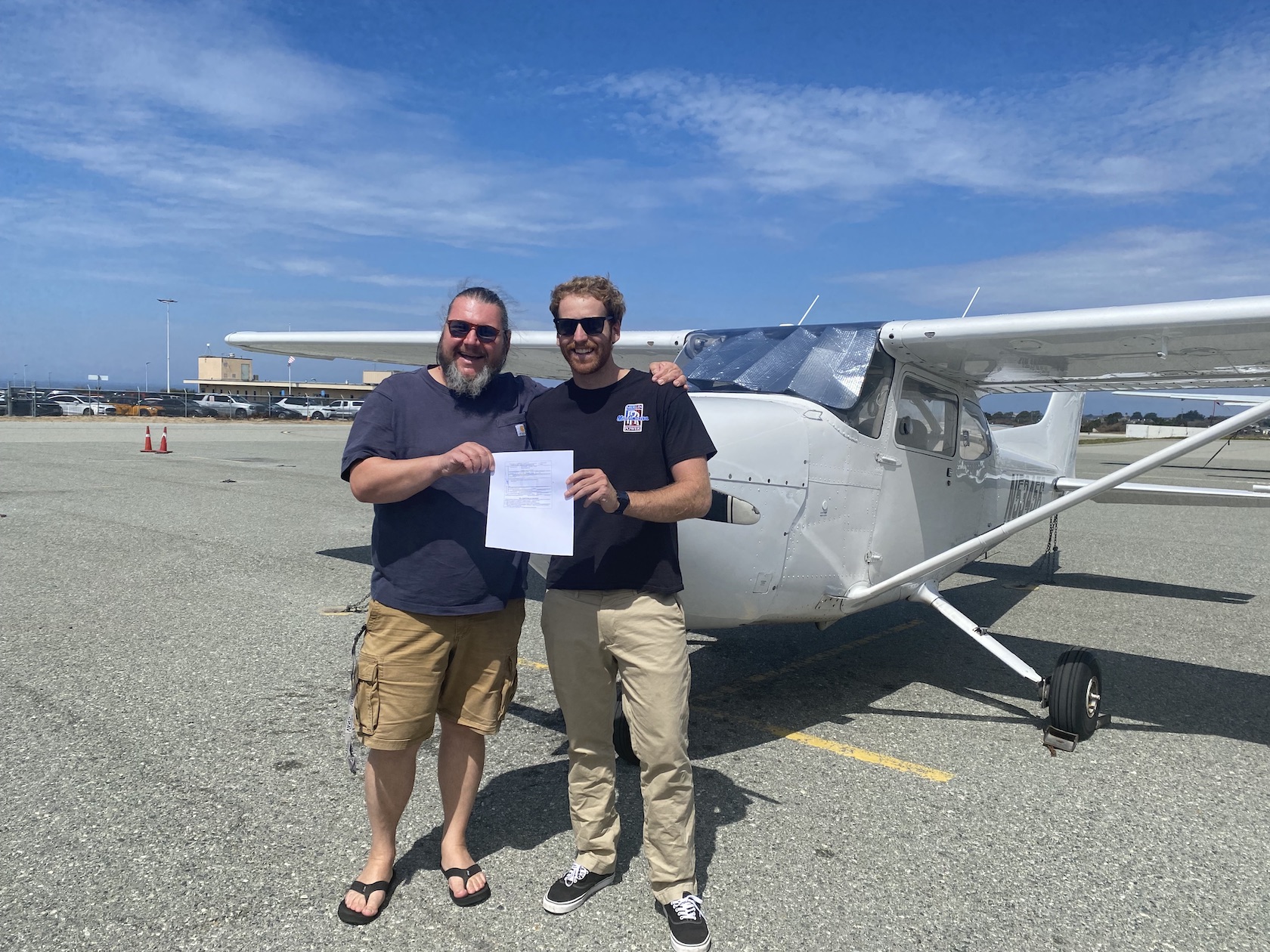 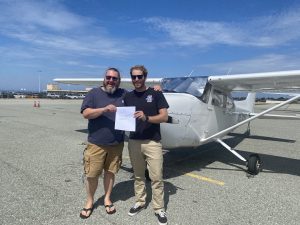 Congrats on a successful pass and earning your Private Pilot certificate! Proud instructor Daniel greets his newly licensed pilot after the checkride with DPE Jon Thornton. Well done, everyone! Time to spread those wings. 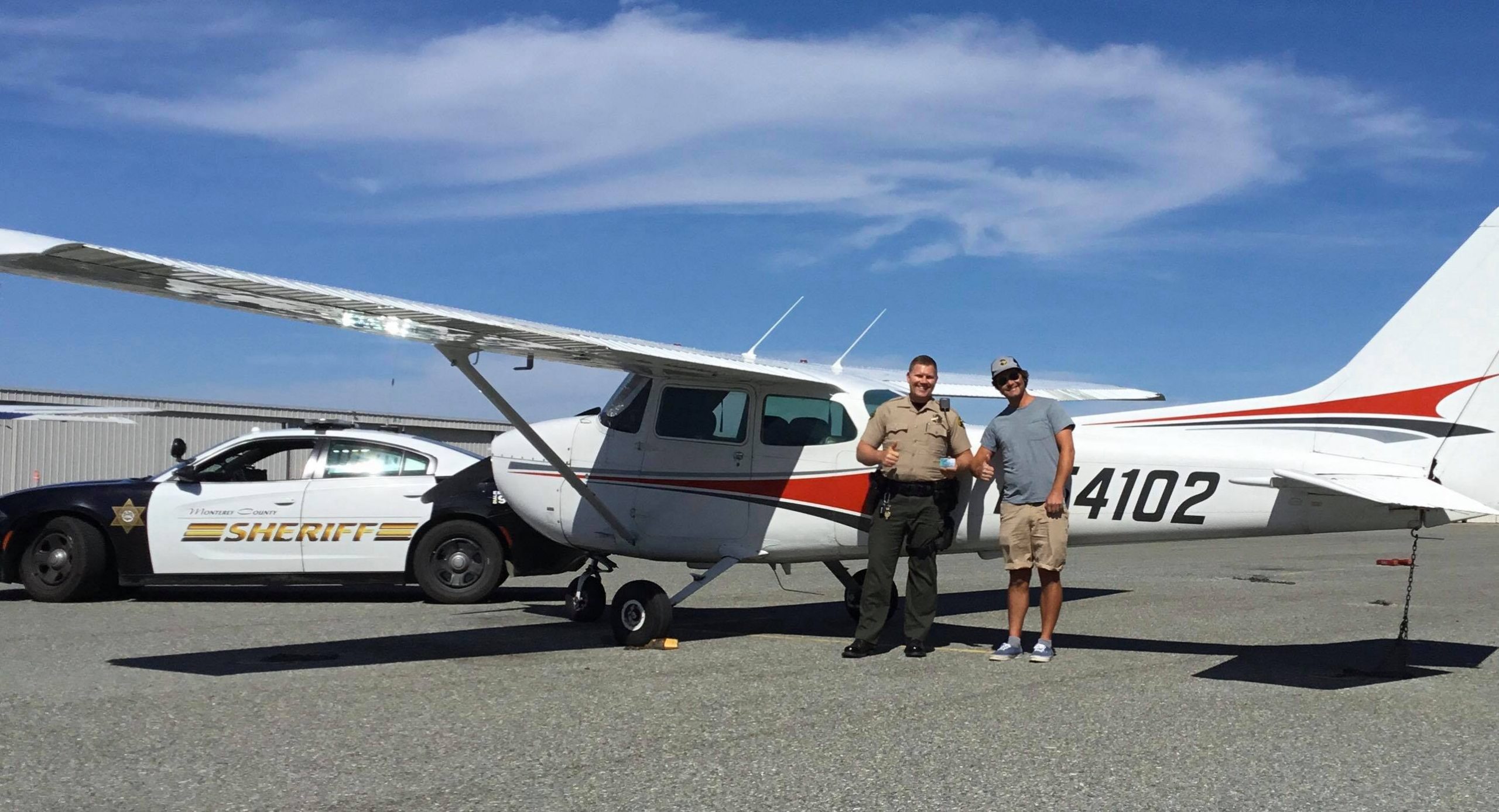 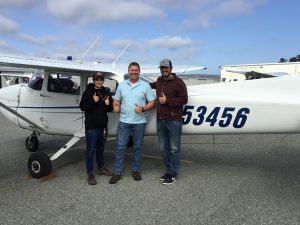 In mid February Mike Fritsche started training for his instrument rating with Aerodynamic Aviation in Monterey, California. He completed most of his training with CFII Nathaniel Thorpe, with some help from CFI Stephanie Procive. Mike works as a Deputy Sheriff for Monterey County Sheriff’s Office and needed to earn his instrument rating for their fixed-wing aviation program. He chose Aerodynamic for their instructor availability, location, and flexible training program. Mike completed his check-ride on 4/14/2020, earning his instrument rating. Mike wanted to thank his instructors for their patience and superior flight instruction, that contributed to his success. He plans on returning to Aerodynamic to complete his commercial flight training. 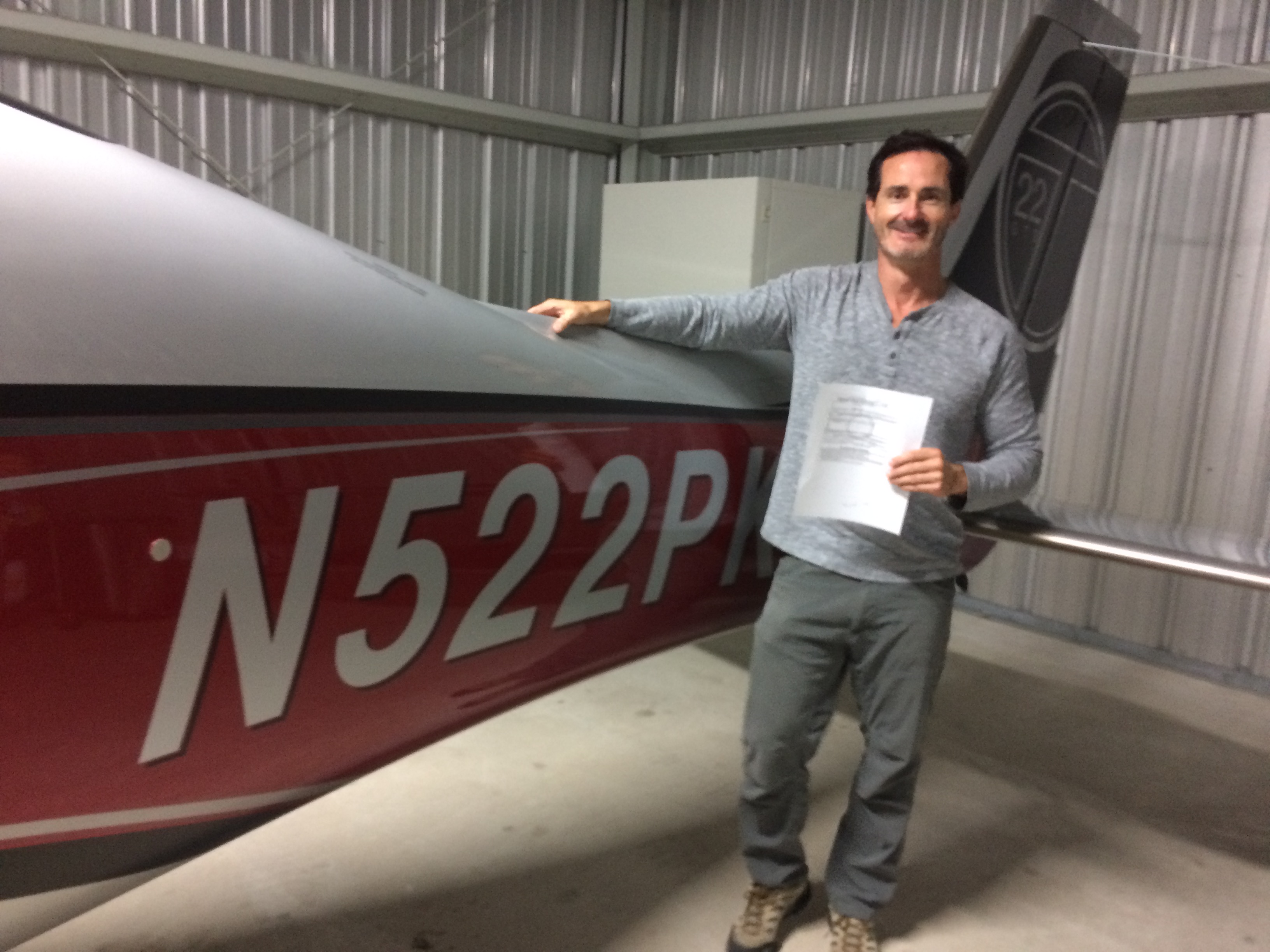 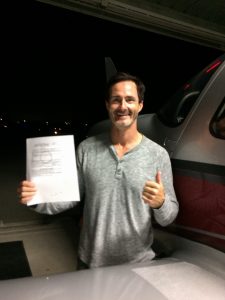