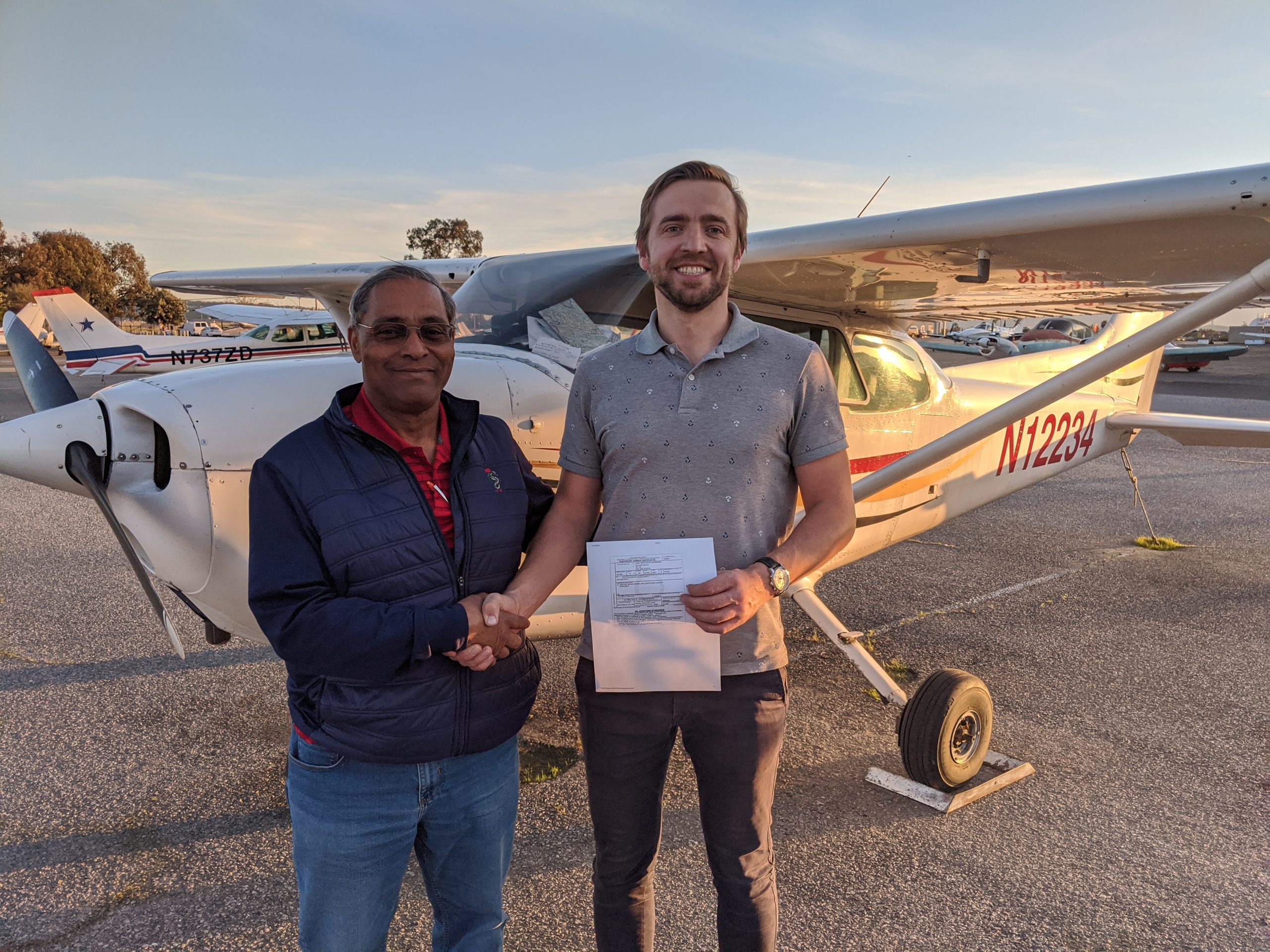 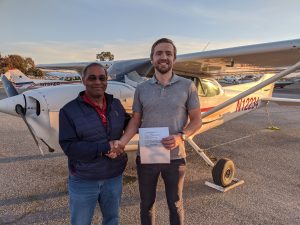 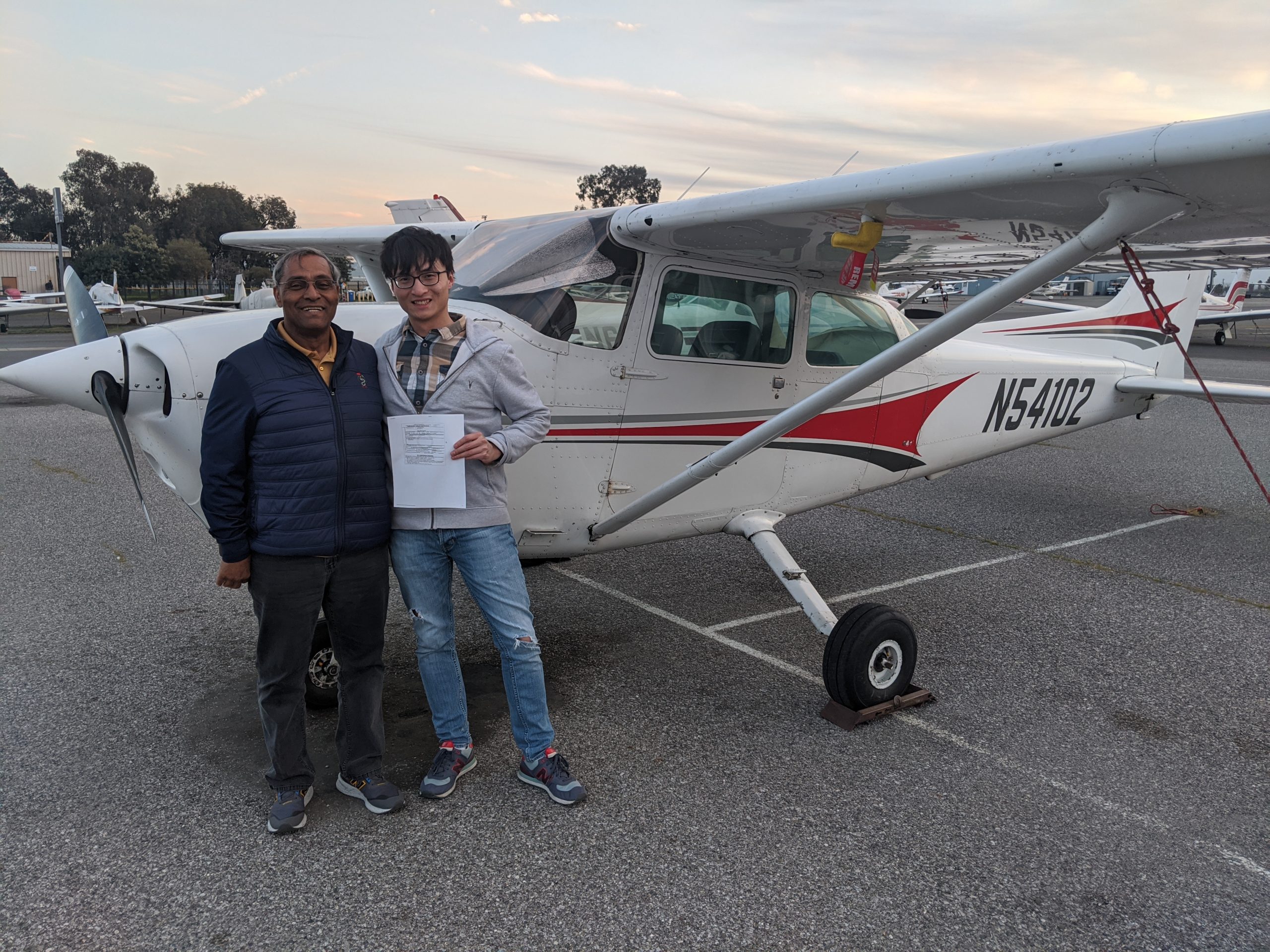 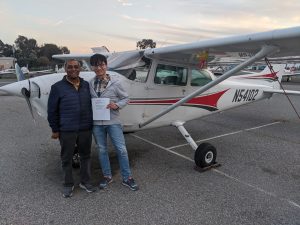 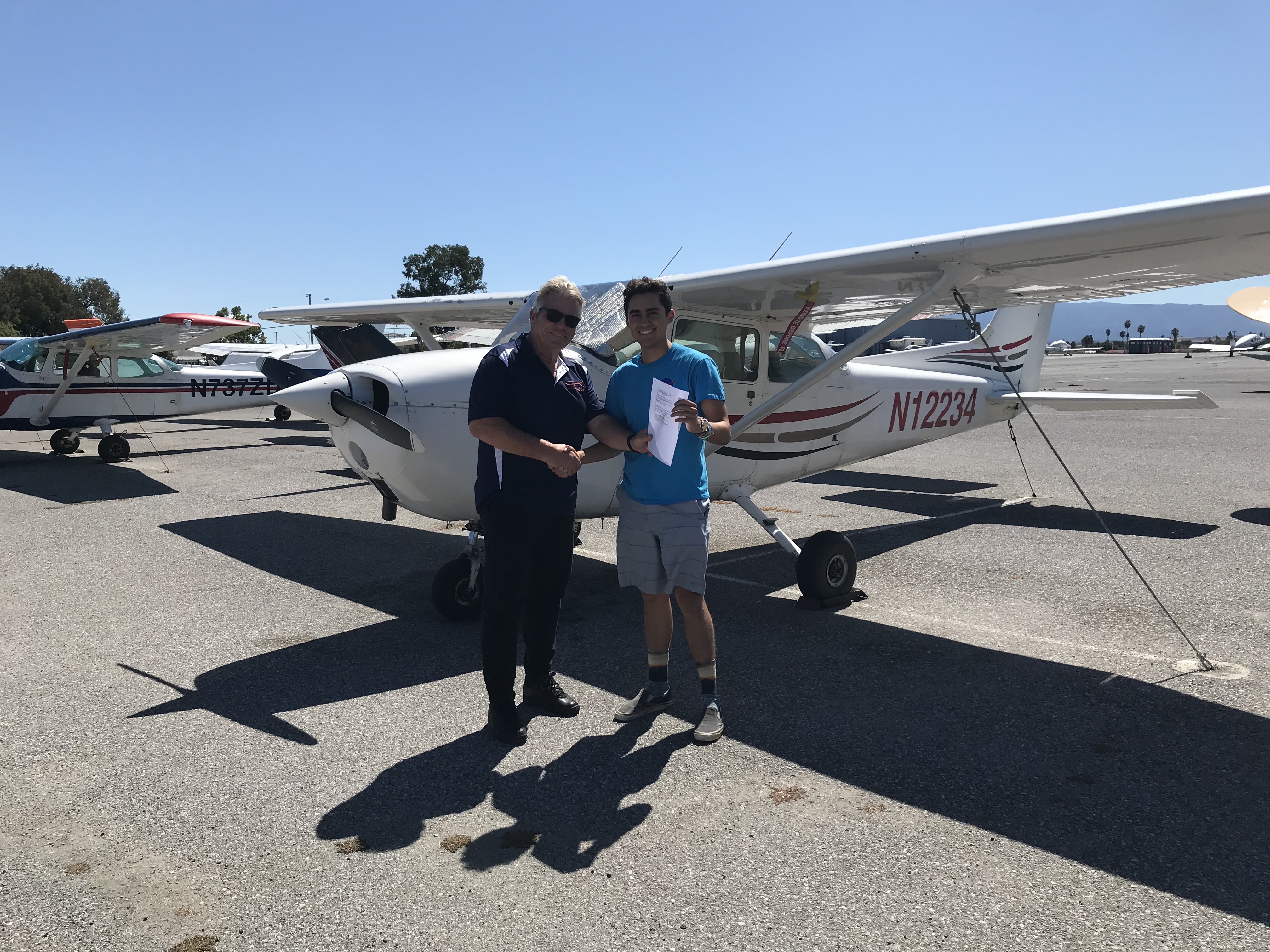 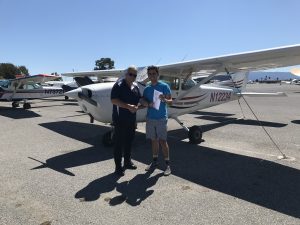 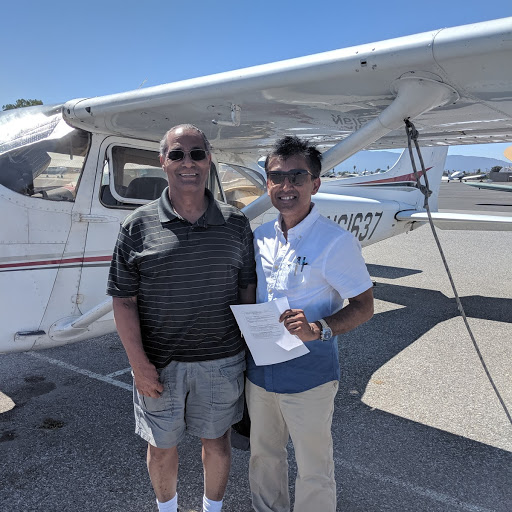 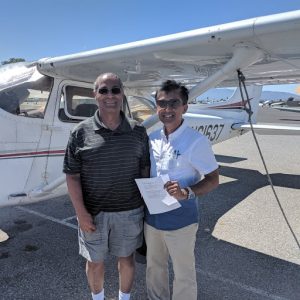 Sean always had the soaring dream of flying and owning his own aircraft since he was a kid. About a little more than an year ago, an exciting flight in a Cirrus SR aircraft motivated him to come and join Aerodynamic last September to start and continue his flying lessons to become a Private Pilot. Sean is getting the new Cirrus aircraft of his dreams next year and will continue his instrument training in his new plane. His plans are to travel with friends and family to many places in the new aircraft.
He also wants to spend more time in his California Central Coast home using his plane to travel back and forth.
At the same time, Sean wants to continue his learning to become a better and better pilot! 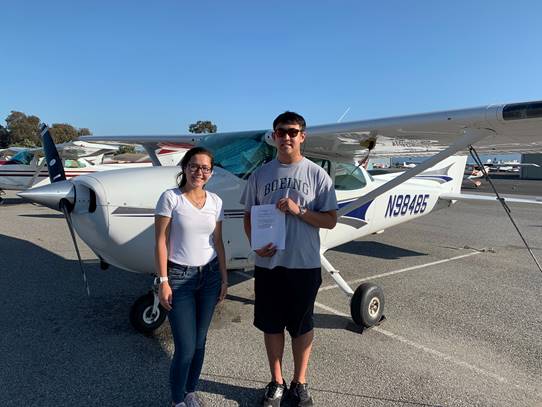 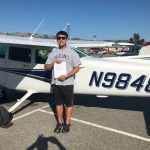 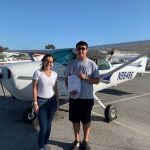 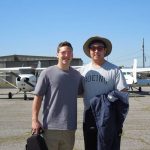 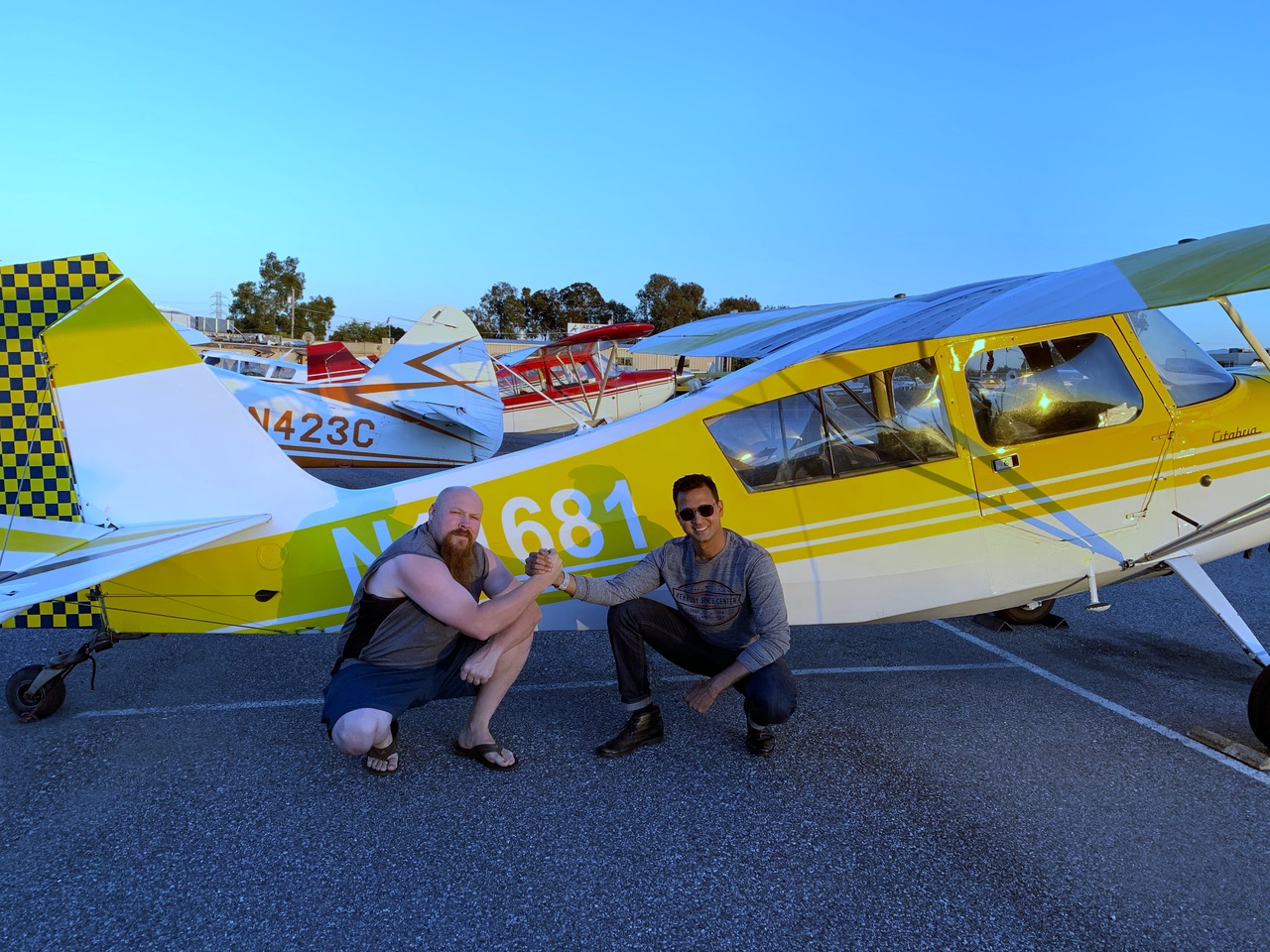 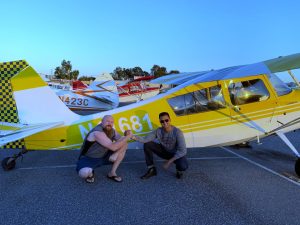 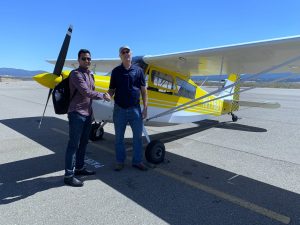 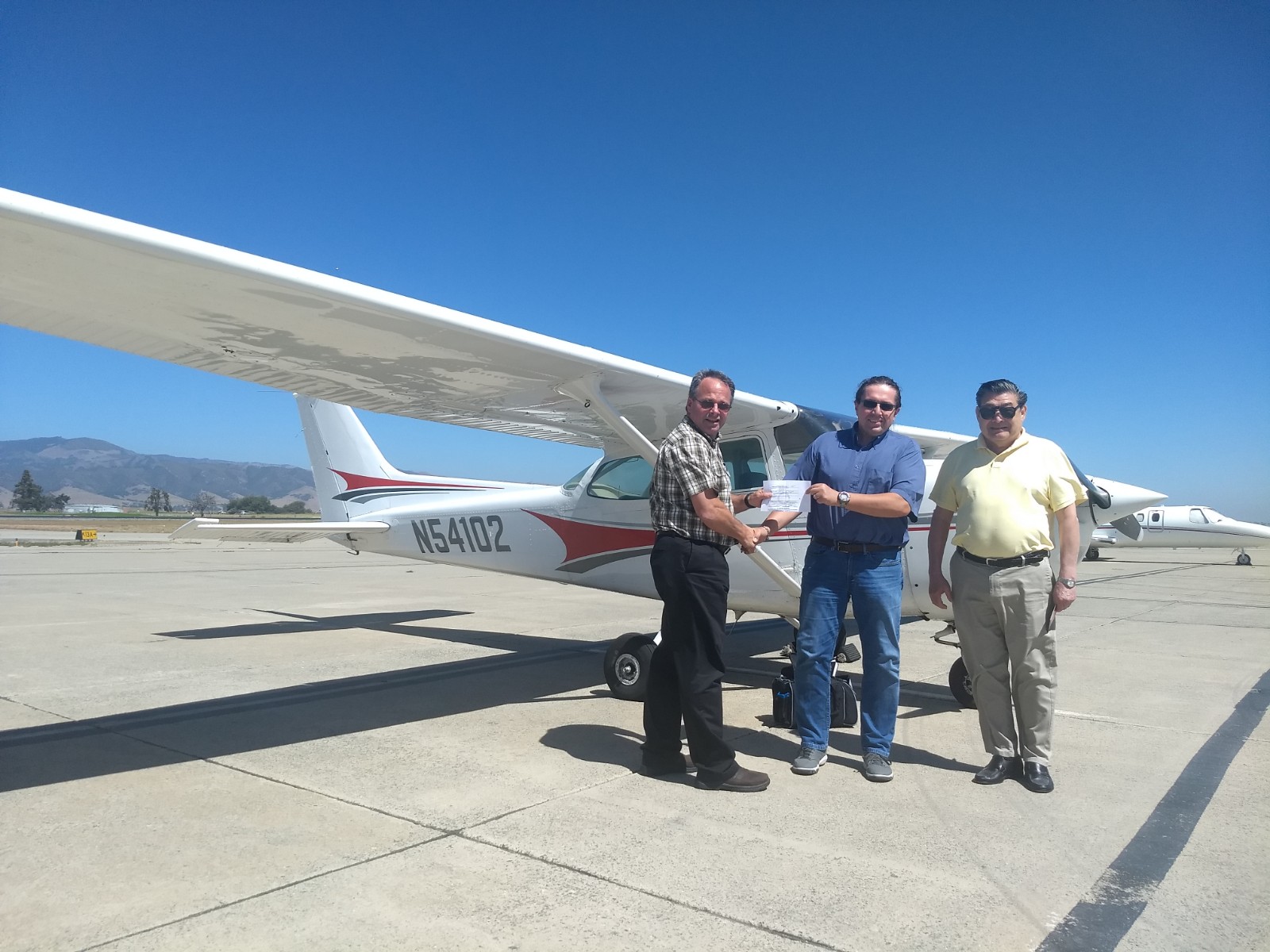 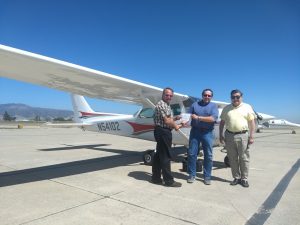 Nailed it! Congrats to Philippe for a first time pass! Philippe journeyed to Salinas to meet with Pilot Examiner Eric Cook. His instructor, Dick, flew down to cheer on his pupil. Now time to head off on exciting trips. Keep us posted! 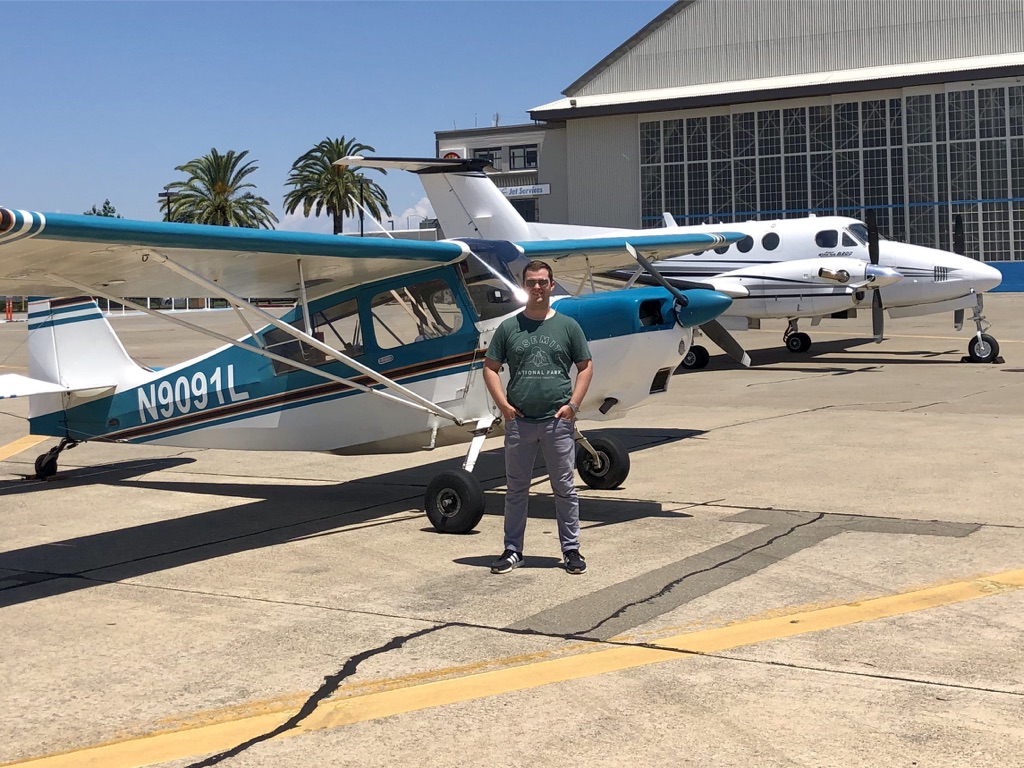 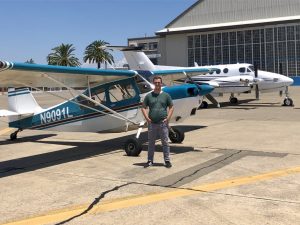