Do not disturb it!

By Jim Moore
AOPA and EAA have joined forces seeking to at least delay implementation of a new rule that could bring six-figure fines to pilots who traverse airspace that federal officials have yet to depict in graphic form.
Both organizations remain committed to protecting wildlife and educating pilots about noise-sensitive areas. Absence of clear graphic depictions of the newly regulated areas has made that task impossible.
In a joint Feb. 21 letter to the FAA and the National Oceanic and Atmospheric Administration, the organizations noted NOAA’s refusal to provide a map of affected wildlife sanctuary boundaries in the Pacific Northwest. Slated to take effect Feb. 27, the new regulation would enable NOAA to impose fines of up to $100,000 for flying at low altitude (1,000 to 2,000 feet msl) over sanctuaries in the Channel Islands, Monterey Bay, and Gulf of the Farallones National Marine sanctuaries in California; and the Olympic Coast National Marine Sanctuary in the state of Washington. The boundaries of the new protected areas—effectively regulated airspace though both agencies deny that is the case—differ from the boundaries depicted on current charts.
In response to a request for a graphic depiction of the new protected areas, NOAA on Feb. 7 stated that the agencies are still working to develop the charts.
“We are working with the FAA and are in the process of determining the best way to depict these zones on their charts, and expect that the FAA will update them according to their regular schedule,” NOAA wrote.
NOAA also promised future “press releases” to educate the pilot community. In the Feb. 21 letter, AOPA Vice President of Air Traffic Services and Modernization Heidi Williams and EAA Vice President of Advocacy and Safety Sean Elliott protested NOAA’s refusal to clarify boundaries and facilitate pilot education efforts.
“Pilots simply cannot be expected to avoid marine sanctuaries if NOAA is unwilling to share the boundaries of the sanctuaries in their rule that do not align with currently charted boundaries,” Williams and Elliott wrote. “A federal register notice and press release does not constitute proper education or adequate outreach—especially when neither includes a graphic depiction.”
AOPA and EAA continue to oppose the regulation for other reasons; including the dangerous precedent it sets of ceding authority over airspace to agencies other than the FAA.
AOPA and EAA remain committed to helping NOAA educate pilots to “fly friendly” over sensitive areas, provided that safety of flight remains the top priority. The organizations also opposed the final rule’s provision that pilots who stray into the ill-defined airspaces are presumed to have disturbed wildlife, a presumption that, in practice, is impossible to disprove.
The Feb. 21 letter urges both agencies to work collaboratively with the aviation community, delay implementation of the final rule, and for NOAA to pledge—in writing—that no enforcement action will be taken until  proper education and mitigation of remaining concerns are addressed.

Robert G. Fowler: First man to fly from West to East Coast of the US

Bob Fowler in his Cole Flyer

Have you ever thought about the man for whom our street is named?

Robert George Fowler, or Bob to all who knew him, was an avid aviation pioneer.

In February 1912, one hundred years ago this month, he landed in Jacksonville, Florida. 116 days and 66 stops earlier he left San Francisco in his Wright Biplane with a Cole Automobile Co engine. Read the original press dispatches of the flight here.

Bob Fowler was only the second man to cross the United States by air, the first being Cal Rogers in the Vin Fizz going East to West. Fowler’s was the first West to East flight, and he was also the first man to fly a non-stop trans-continental flight, flying from the Pacific to the Atlantic along the Isthmus of Panama. Unlike his earlier flight of 66 stops, this one was only 57 minutes long. However it landed him in some trouble because he took aerial photos of the Panama Canal and associated fortifications being built. Despite having the permission and encouragement of the commanding general he ended in court, but charges were eventually dropped.

But he was not just an exhibitionist. Fowler joined the San Jose Technical College and founded what later became the Aviation Department of San Jose State University. He was responsible for building the department and worked with other early aviation pioneers in the Santa Clara Valley in between the first and second world wars.

Bob Fowler died in 1966 and is buried next to his wife Leonore in Santa Clara Mission Cemetery.

Air Force One will be landing at SFO Thu 16th around 1pm and leaving Friday 17th around 8:30 to 9am.

There will be a TFR centered on the SFO VOR while the President is there, then it moves up to center on the City of San Francisco, then it comes down.

As usual flights in the inner 10nm zone are prohibited, and you will be shot down if you penetrate that zone. In the outer 30nm zone, IFR flights are permitted, as are VFR flights with a previously filed and activated flight plan AND a discrete transponder cone obtained before takeoff.

The good news for us at Reid Hillview is that we are not covered by this TFR, although it starts just NW of us at the 680 freeway.

Study the details, they may interfere with your plans for Bay Tours or the like, and make sure you are listening to 121.5Mhz at all times when you are not in touch with ATC. 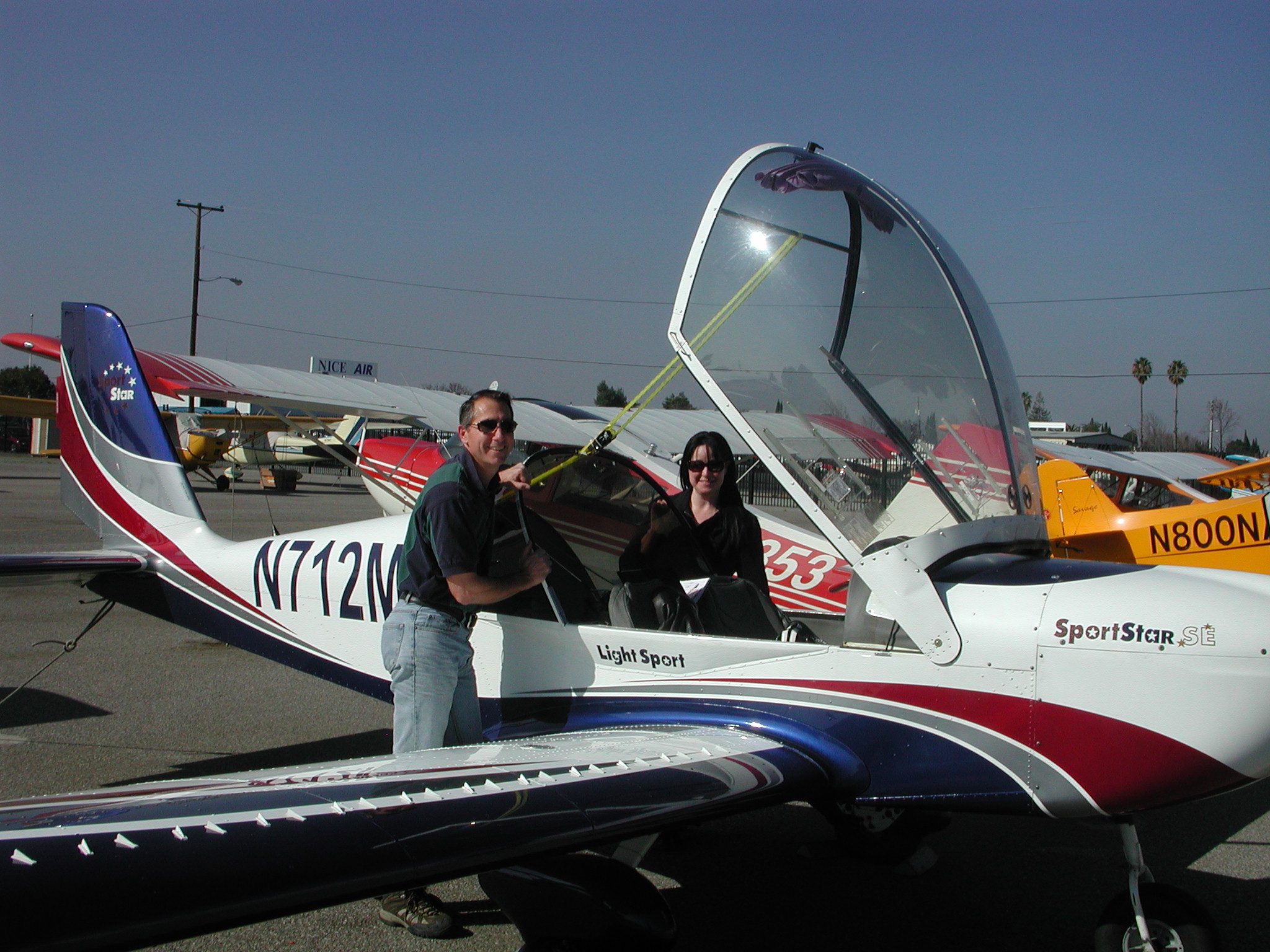 Congratulations to Derek Allen who earned his Private Pilot License in Citabria N5032G. He proved to Examiner Sherry Diamond that he has the skills necessary to be a private pilot. Well done Derek and CFI Erik Schmidt!

Welcome and congratulations to Andrew Shacker.

Andrew flew as a Young Eagle, and completed the Sporty’s ground school to qualify for a free flight lesson. (check out the Sporty’s/EAA Young Eagles Flight Plan).

It was a beautiful late Sunday afternoon when Andrew and Mark Guerrero took Citabria 9091L for their flight: 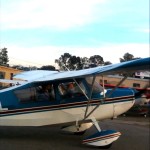 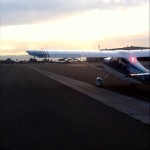 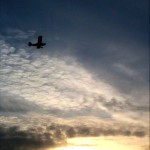 Vasily Kuntsevich came all the way from frosty Saint Petersburg to fly at AeroDynamic Aviation.  On January 31st, Vasily showed Examiner Sherry Diamond he has what it takes and became a Private Pilot.  Congratulations to Vasily and his CFI Godfrey Watson, well done!