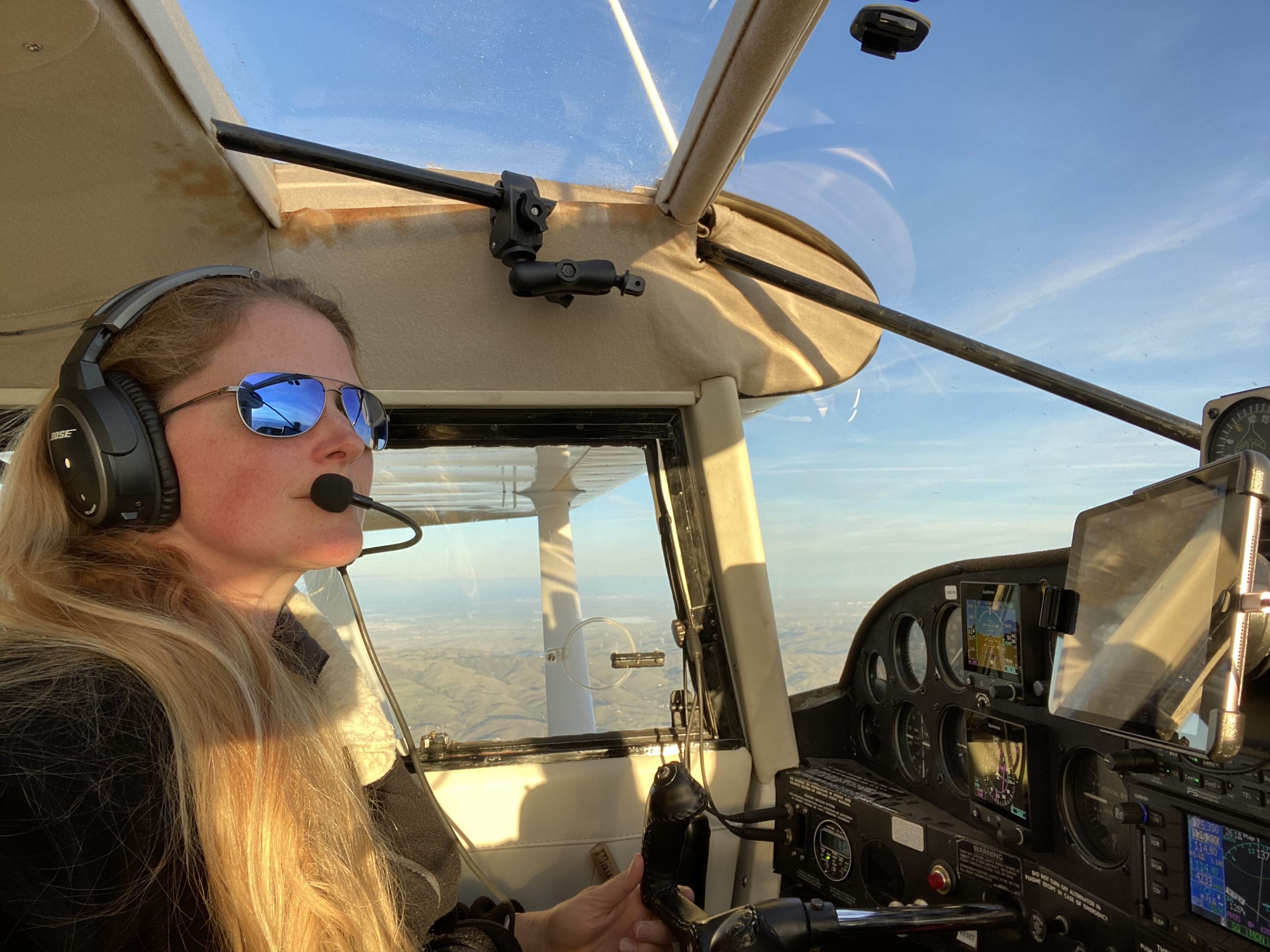 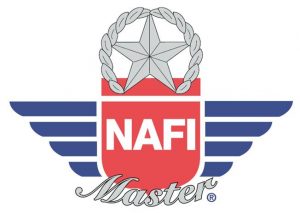 Both levels of the accreditation process focus primarily on the individual’s training activity and evaluation of pilots as well as his or her experience—the foundations of what an instructor is able to pass along to his or her students. They emphasize active instruction and pilot evaluation, not simply taking courses or the tenure of an individual’s instructor certificate. They are not honorary awards that recognize long-time service; rather, they are recognition for the individual who continues to practice aviation education at the highest level.

Accreditation requires a rigorous process of on-going professional activity. Like a flight instructor certificate, NAFI Master Instructor accreditation’s must be renewed every 24 months to assure a dedication to continuous involvement.” 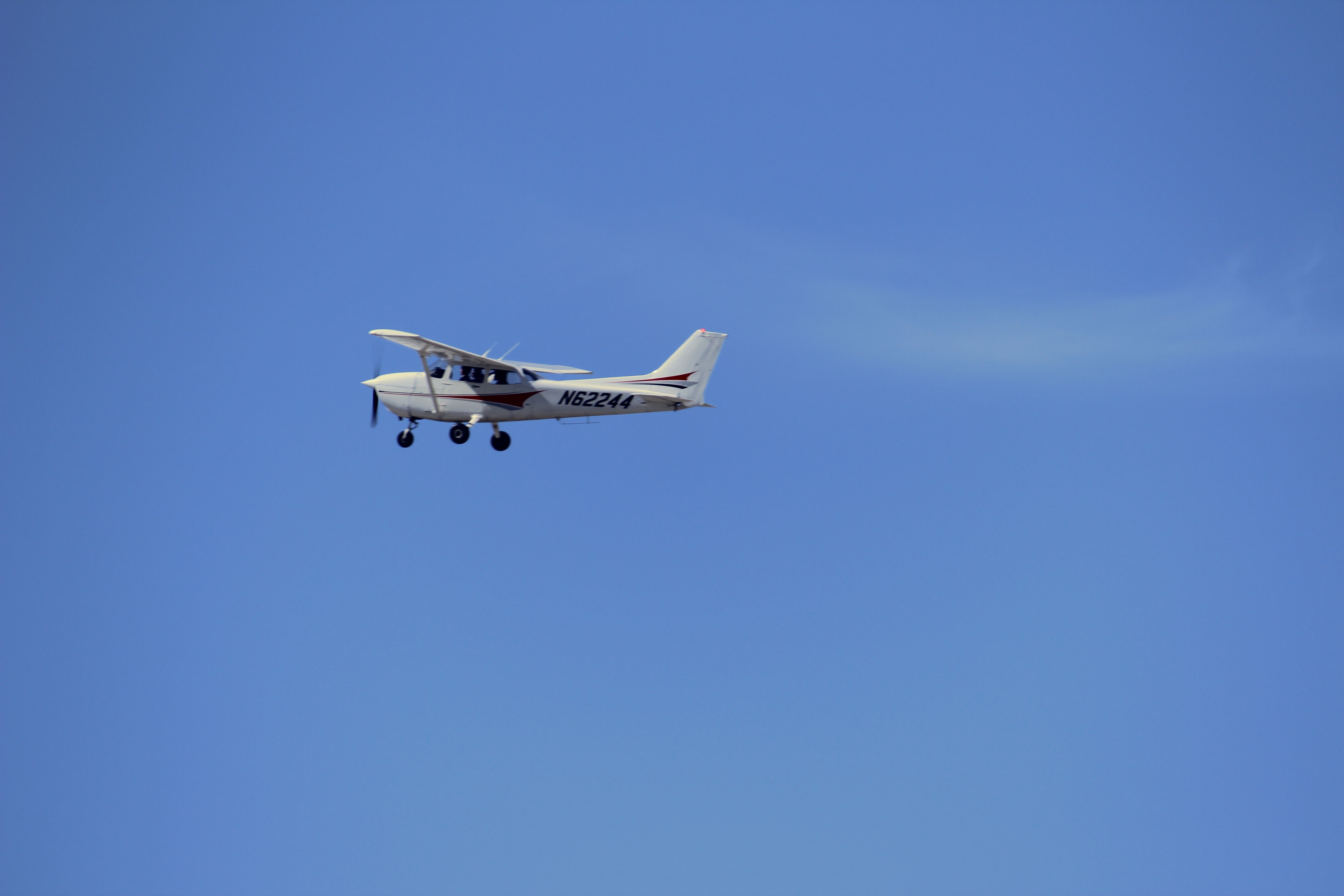 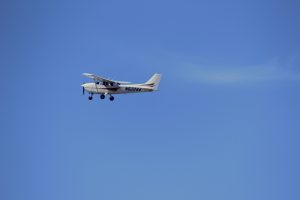 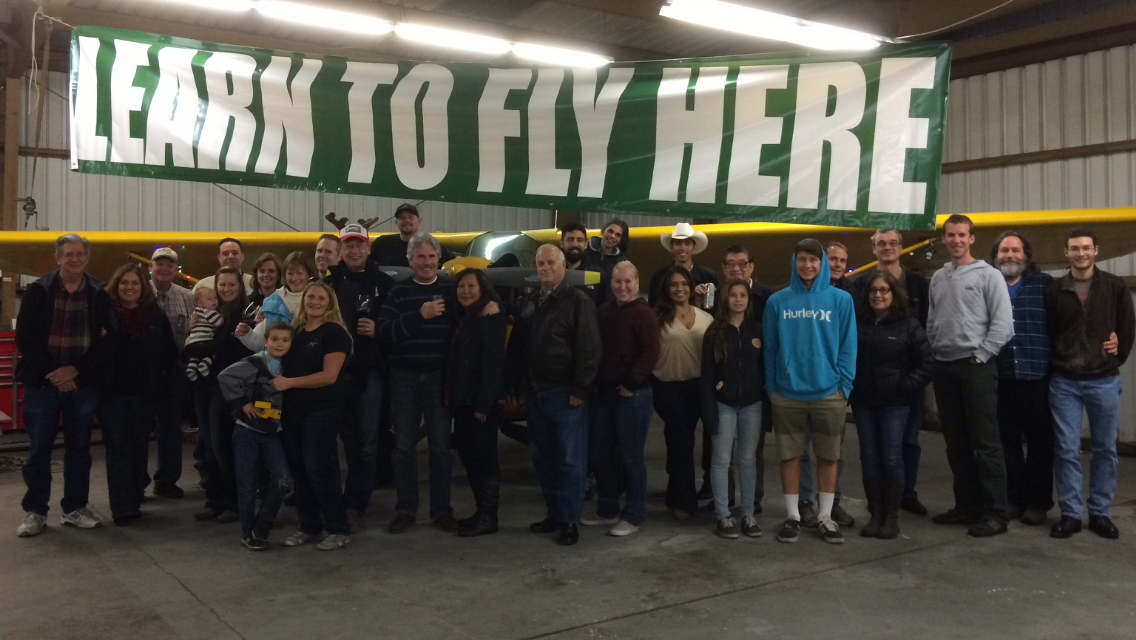 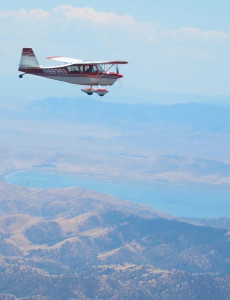 The AOPA Flight Training Poll is based on extensive research into the optimal flight training experience. Your participation will give you the opportunity to tell us about your experience with us so that we can see how we stack up to the industry. We want to hear it all – the Good, the Bad and the AWESOME!

By participating in the Flight Training Poll, you will be eligible to enter to win on of the sweepstakes prizes provided by Jeppesen, Sport’s, Pilot Workshops and Aircraft Spruce.*

AirPooler – Lyft for airplanes? Or how to win a free T-shirt

Here is an interesting piece of news. AirPooler is trying to do for private planes what Lyft or similar carsharing sites have done for cars.

I am taking guesses for how long they survive till the FAA shuts them down. The person who guesses the number of days correctly gets a free T Shirt.

Meanwhile try to list the various regulations that would be broken…

Excerpt from their announcement:

Here’s how AirPooler works. Pilots choose a date and itinerary for a trip, say Palo Alto airport to South Lake Tahoe. They enter the type of plane, the number of available seats, and their pilot’s credentials and experience. AirPooler calculates the price per seat by dividing the total flight’s fuel, airport tax, and hangar cost by the number of passengers (pilot included). AirPooler lists the available seats and accompanying info on its site, and anyone can book a spot.

Passengers choose from the available flights, enter their weight plus luggage, and a request is sent to the pilot. Once a pilot accepts, the passenger receives contact and arrival details for meeting the pilot at the airport. After the flight, any unforseen costs such as fuel for idling on the runway are added, and the passenger’s payment details on file are charged.

Law prohibits private pilots from profiting from passengers so you only pay for your share of the cost of the flight plus a 20 percent fee to AirPooler. The Federal Aviation Administration also bars private plane pilots from advertising flights, which is why AirPooler is careful to never promote any specific flights.

As you may know, some of the figures on the FAA Knowledge Tests have been used without revision for decades and therefore look outdated. Fortunately for future students, the FAA is in the process of updating these figures. Gleim applauds this refinement, and we want to disseminate what we know about the FAA’s progress so that you and your colleagues can be more effective in preparing and passing the FAA Pilot Knowledge Tests.

The FAA originally planned to release and begin testing with improved color figures for most of the Knowledge Tests on February 10, 2014. However, the FAA announced last week that only 2 new FAA Computer Testing Supplements are going to be effective on Monday, February 10th: (1) Sport Pilot, Recreational Pilot, and Private Pilot, and (2) Addendum A Computer Testing Supplement for Instrument.

How have the figures changed?

The FAA made every effort to keep the figures largely the same, with changes only for readability/enhanced aesthetics. Unfortunately, the Sport Pilot, Recreational Pilot, and Private Pilot Computer Testing Supplement was not easy for the FAA to update into color. For example, some figures are excerpts from Sectional Charts showing geographical areas with new landmarks. In some cases, airports have been renamed or even closed. Moreover, some Airport Facility Directory pages have changed due to alterations at the respective airports over the years, such as lengthened runways or additional taxiways. In addition to these aesthetic changes, all of the Sport Pilot figure numbers have changed because Sport Pilot now shares the same Computer Testing Supplement with Private.

What does this mean?

Some of the figure changes mandated edits to the associated questions so accuracy and viability could be maintained. However, if we look at the big picture of how those changes will affect students, the impact is minimal. For example, the symbols for airports and Class C airspace are the same. Frequencies may have changed, but their placement on a sectional chart has not changed. In one instance, Dallas Red Bird airport has become Dallas Executive airport. In this case, a student confident in his/her ability to read a Sectional Chart would simply note that the airport is now referred to as “Dallas Executive” instead of “Dallas Red Bird.” In this manner, almost all of the changes are not the kind that will trip up a Gleim student who has studied according to our plan.

What does Addendum A mean for Instrument?

Addendum A for Instrument consists of 105 new figures (Figures 155 – 253). Five of the figures are similar (for example, they may have the same approach or airport facility directory) to the current Instrument Computer Testing Supplement. There are no FAA-released questions associated with these 105 new figures. So, an Instrument student may encounter a question associated with the new figures, but the question will not test a new topic. Rather, a new question of this kind could be considered a parallel question to a current question in the Gleim materials. In other words, if a student understands how to answer a glide slope question for ILS RWY 12L at Des Moines INTL (DSM) (Figure 118), then (s)he should be able to answer a similar glide slope question for ILS or LOC RWY 36 OSHKOSH/WITTMAN RGNL (OSH) (Figure 252).

Is Gleim providing an update to its courses and books?

YES! Our online courses (OGS and Test Prep Online) will be updated by mid-February, and PDF updates for our books are already available at http://www.gleim.com/updates.

Where can I find the new FAA Computer Testing Supplements?

Following are clickable links for each new Computer Testing Supplement that will be testable beginning February 10. 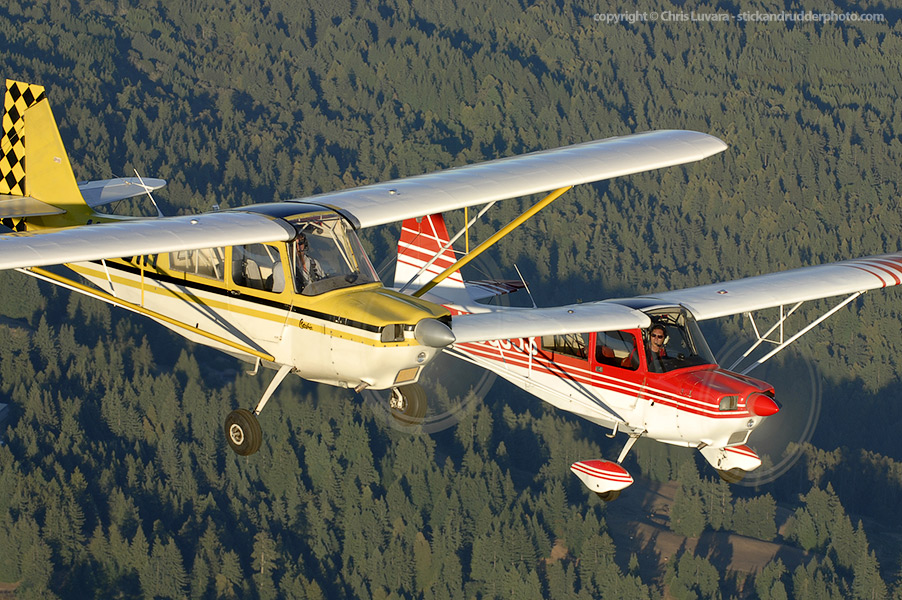 We are planning a formation flying class for the weekend of April 19/20/21.

If you have ever wondered about what it takes, here is your chance.

Fly formation with your friends, arrive at fly-ins in style, improve your skills and become a smoother pilot.

There will be a ground school on the Friday late afternoon, then flying sessions on Saturday and Sunday.

The syllabus will cover a complete ten flight course designed to teach you all you need to qualify for the Formation Flight Inc Wingman Card. However you can come only for the ground school ($200), and you can fly as many or as few flights as you like. All you pay is for the instructor ($65 per hr) and airplane ($105 – $119).

This class is limited to four participants only. 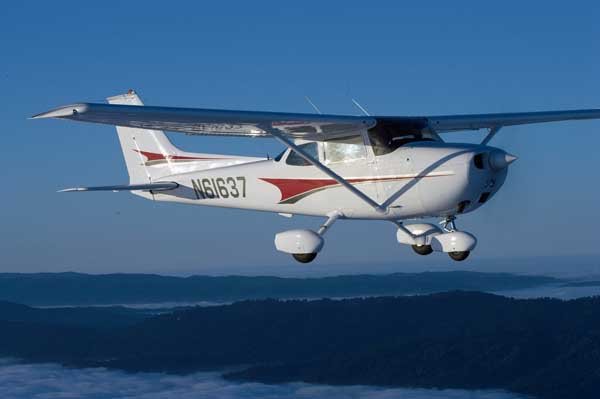 The most immediately noticeable to pilots is the installation of an avionics master switch. This may sound a simple thing, but it is not. To do it, the electric bus had to be split in two and all avionics connected to the second one, behind the new switch. Many hours of work, hanging upside down under the panel, was needed.

Pilots now just need to turn the avionics master on and off, it is no longer necessary or even recomended to turn each radio on and off separately.

In addition to the avionic work, we took the opportunity to rebuild the nosewheel strut assembly and also to install a new flap motor.

A big “Thank you” to Victory Aero for doing the work so quickly. 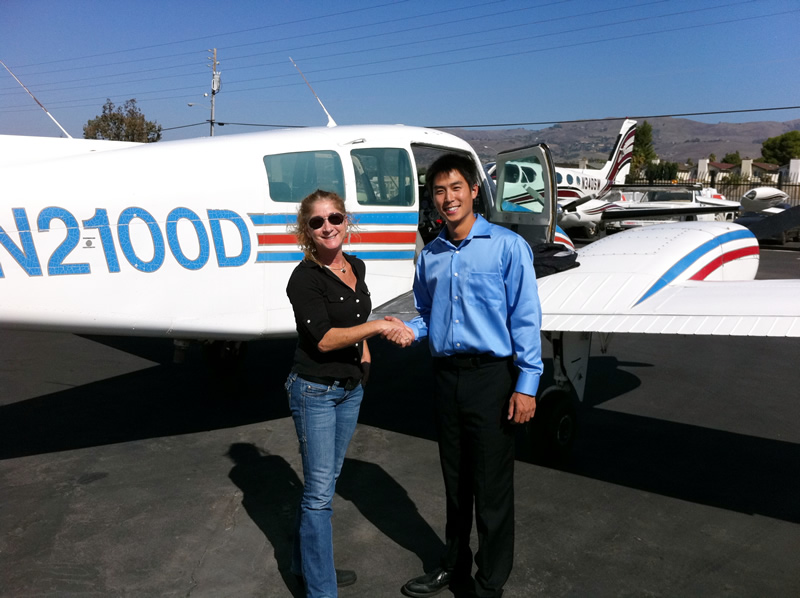 Our own Brian Hsu has been working hard! Brian added his Multi Engine Instrument Commercial rating to his pilot license. Brian took his flying lessons with AeroDynamic CFI Sergey Sinyachkin in the Beech Duchess and aced his flight test with Examiner Sherry Diamond.

Congratulations and well done to Brian and Sergey.