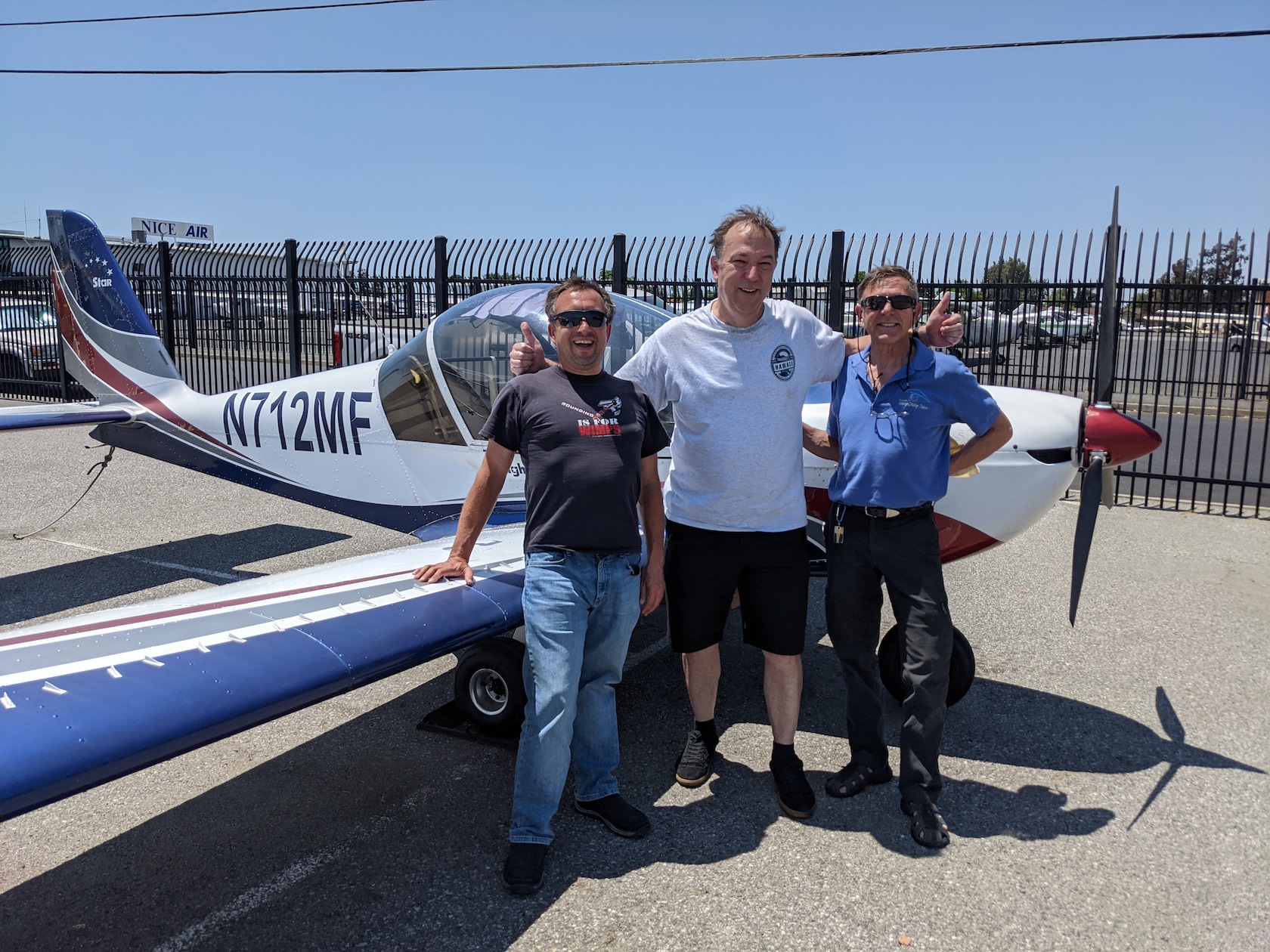 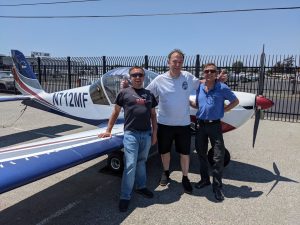 He’s rocking out his flight training toward a Sport Pilot Certificate. On fair-weather Tuesday, Martin passed the solo mark on his way to that coveted license-to-fly! With the checkride not far off, he’s well on his way to realizing a life-long dream 🙂

“I’ve wanted to fly for almost as long as I can remember…. over the years though the timing never seemed right…. too busy at work, not enough spare cash, weather too unpredictable (I lived in London for about a decade…).   About a year ago I moved to the bay area, and thought ‘it’s now or never’.   One flight with Jason, and I was hooked!   I find that from the moment I arrive at KRHV, to the moment I leave, all the stresses of life are gone and I’m 100% focused on flying, and love every minute of it!” ~ Martin

Quick to react to new Drone Pilot licensing policy, two AeroDynamic instructors hopped on IACRA to complete paperwork and earned their Commercial Drone certificates. Congrats to Eric and Jason for all their hard work on this license. We are sure it’s the toughest checkride they will ever take 😉

For more information on how to obtain this certificate, please visit the FAA’s webpage.