Living the dream! At only 16 years old, Edan became one of the elite young solo pilots, and he did it right…in a taildragger! 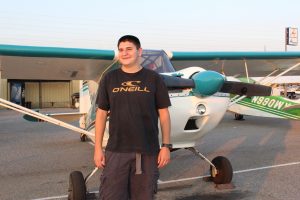 Edan’s father, who received his instrument rating with Jen Delp-Mallet in his Diamond Star DA40, and his mother watched and snapped photos from Row P with his proud instructor as Edan took to the evening sky off runway 31R at Reid-Hillview airport. Winds were mostly down the runway at 10 knots, sunset approaching on the horizon, and light traffic in the pattern. Edan’s first comment to his instructor? “I didn’t know the tail would be so light without you back there,” followed by “and I kept looking at the backseat, like there’s really no one there?!” 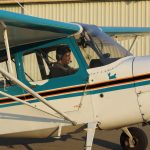 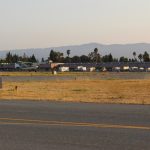 Edan turns 17 in a few months, so we wish him luck with finishing up his Private Pilot’s license just after his birthday. As long as he does school and flight training homework on time, he should meet this goal and be on to borrowing Dad’s plane in no time. 😉