Congratulations to Loree Hirschman who added tailwheel skills to her repertoire. Loree was a Naval Aviator, flying F-18s and S-3s off carriers in the Persian Gulf, and then switched to civilian life, but she still loves flying and being a pilot. We are delighted that she chose us to get her tailwheel training. 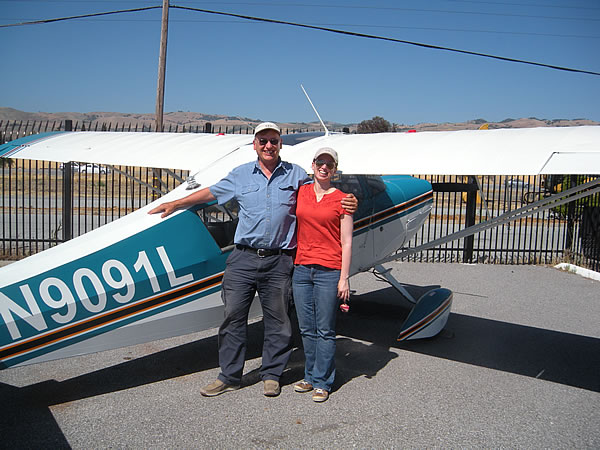 Loree also has her own Web site and check out also Youtube for some videos of flying in the Gulf. That’s her in the S-3 waving on the F-18 driver.